In DEATH BY A THOUSAND CUTS, Eligio Eloy Vargas, alias Melaneo, a Dominican Park Ranger in the Sierra de Bahoruco National Park was found brutally murdered by machete. At the time, he was believed to have been on patrol investigating an illegal charcoal production site often run by Haitians coming across the border into protected Dominican forests. This murder becomes the metaphor for the larger story of increasing tension between Haiti and the Dominican Republic over illicit charcoal exploitation and mass deforestation.

With stunning cinematography, DEATH BY A THOUSAND CUTS is a feature-length documentary film that is a double murder investigation, seeking to learn about the circumstances of Melaneo’s death and the systematic eradication of the Dominican forests. The film interweaves the many sides of the story of Melaneo’s murder told through: his Haitian wife Calina, brother Chichi, local reporter Luis Medrano and a Haitian Nené working as a Dominican park ranger, all representing different perspectives on a complex socio-political issue. In parallel, the film explores the larger backdrop of the rapidly changing reality on the Dominican and Haitian border due to the illegal charcoal trafficking trade. Deforestation cuts deeply across the economic, social and security fabric of both countries and has far-reaching consequences that are largely unrecognized in either nation.

As the film digs deeper into the murder of Melaneo, environmental activist Dr. Yolanda Leon helps uncover how the lives of Dominicans and Haitians at the border are enveloped in a complex web of relationships. Industrial-scale Dominican complicity in illegal charcoal production and mass deforestation is unearthed. As in so many global struggles for natural resources, the fight for survival leads to scapegoating, xenophobia and clashes between communities marked most recently by anti-immigrant policies passed by the Dominican Republic. These clashes come to reflect the struggle for resources at a national and global scale, which when taken to extreme scenarios can lead to the persistent cycle of ethnic civil conflict and international violence. 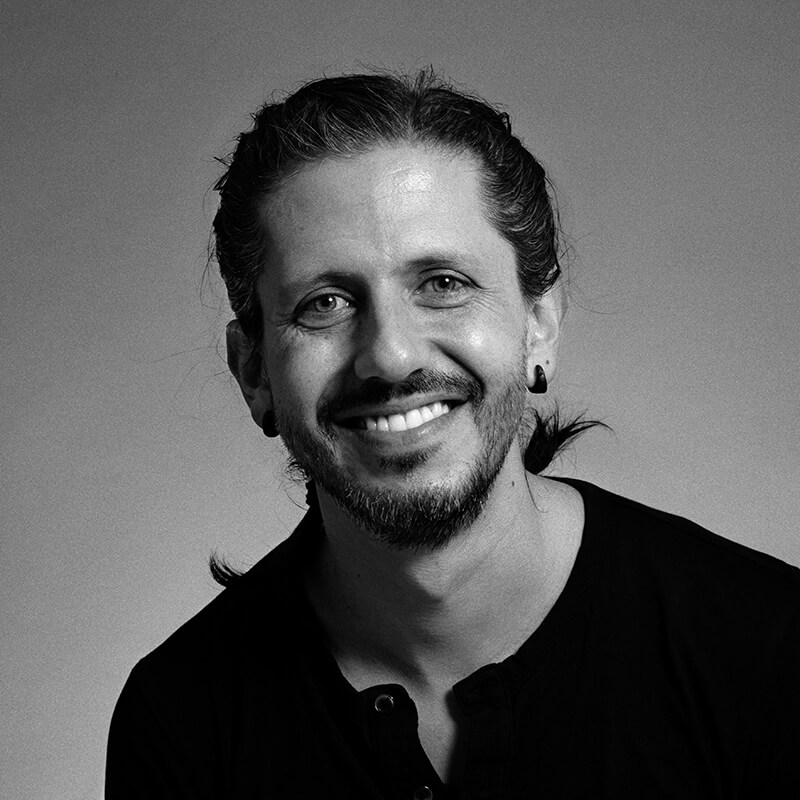 Juan Mejia Botero is an award-winning film director with over 15 years of experience in feature and short documentaries. His work has focused primarily on human rights abuses and struggles for social justice around the world.

He has worked extensively in Latin America and the Caribbean where he has directed a number of films around matters of forced displacement, ethnic autonomy, state violence, and the competition for natural resources, which have played widely in the festival circuit and also television. 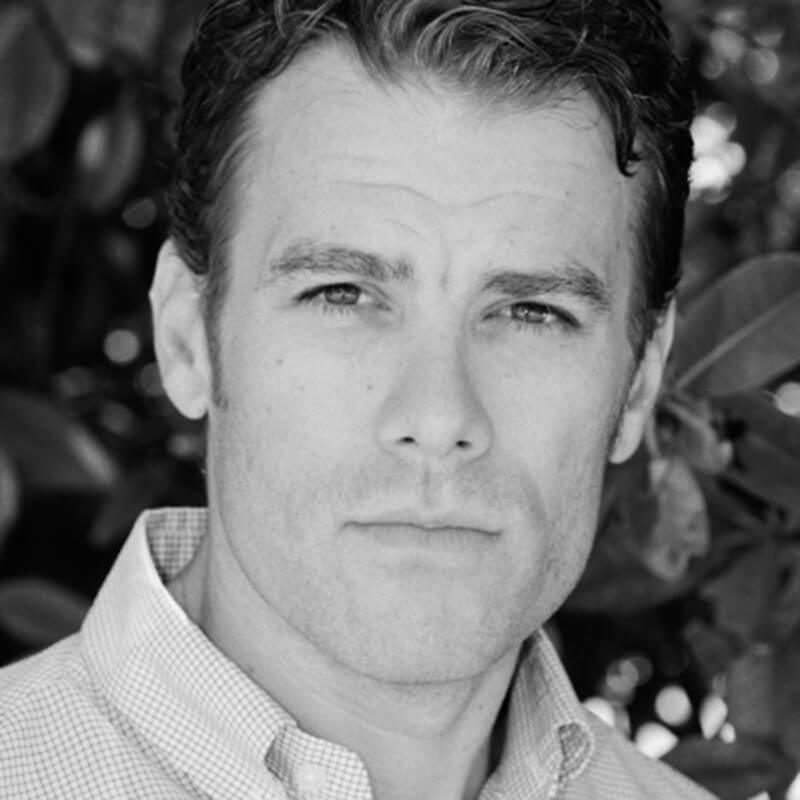 In 2001, as a graduate student conducting his Master’s thesis, Jake saw firsthand the relentless deforestation in the Sierra de Bahoruco and the potential for conflict between neighboring Haiti and the Dominican Republic over this unique national park. This began a nearly two-decade interest in the Sierra de Bahoruco and its steady decline that eventually led him conceive of Death by a Thousand Cuts.

Jake has a Master’s Degree in Environmental Management from Cornell University an and Bachelor of Arts in Spanish and Latina American literature from Wesleyan University. 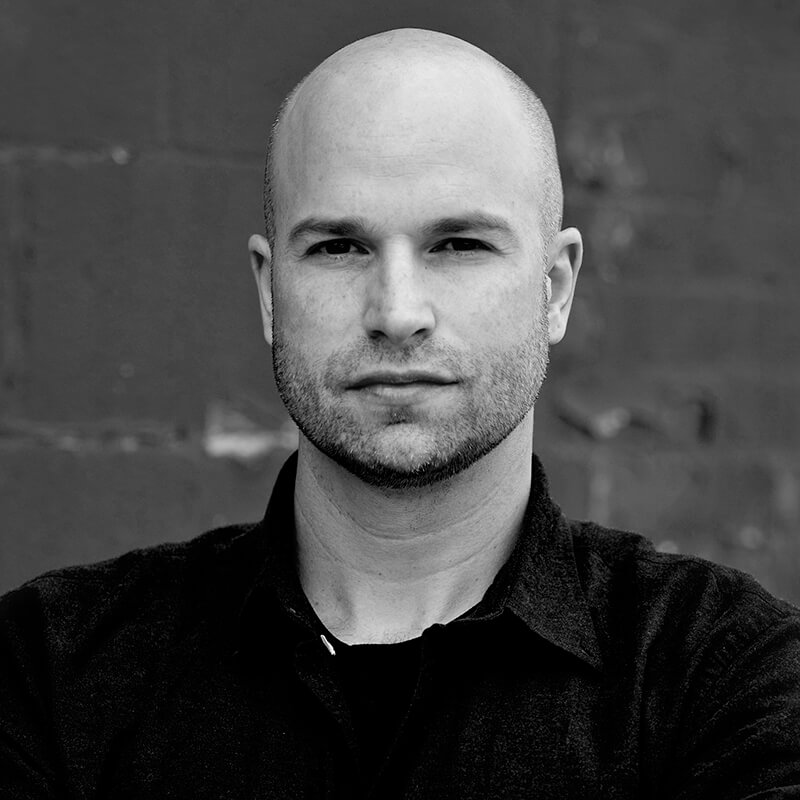 Ben Selkow is an award-winning, non-fiction television and film director/producer whose work has been showcased on HBO, CNN, PBS, SundanceTV, Discovery, Science, Participant Media, Univision, Esquire Network, and at film festivals globally. His work pushes the cinematographic medium while crafting evocative human stories that elevate topics to broader platforms of dialog. Ben has focused on global social justice issues such as mental health disorders, women's maternal health, the connection between environmental destruction and mass conflict. He has produced and directed long-form documentaries, docu-series, hosted international series and branded content all over the world.

In the feature documentary film space, recently directed and produced “Buried Above Ground,” which premiered at the Woodstock Film Festival and was a Finalist for Best Documentary and Best Editing. The film will premiere on PBS America ReFramed series. Over six years, the vérité film goes on an inspirational journey with people trying to recover from post-traumatic stress disorder (PTSD). With this film, he was selected for the 2010-2011 Rosalynn Carter Mental Health Journalism Fellowship. Ben also produced “Prayer for a Perfect Season” (HBO, Producer, 2011) for director Marc Levin; “The Carrier” (PBS, Producer, 2011); “A Summer in the Cage” (Sundance Channel, 2007) which focused on bipolar disorder and was nominated for a PRISM Award and won the 2009 Mental Health America (MHA) Media Award.

Juan Carlos Castañeda is an award-winning film director and cinematographer with experience in feature length films, documentaries, shorts, and video projects. He has ample experience with DSLR photography, HD-video photography, post-production workflows, color correction, and motion graphics. His education includes a Bachelors in multimedia arts from the Royal Melbourne Institute of Technology University, Melbourne, Australia, and a Masters in MFA Film Production from Chapman University, Los Angeles, California. Juan is one of the co-founders of Human Pictures, a production company dedicated to media creation for social change. His involvement with Human Pictures has allowed Juan to create a voice against the abuse of humanity and promote Human Transformation in the work he does. 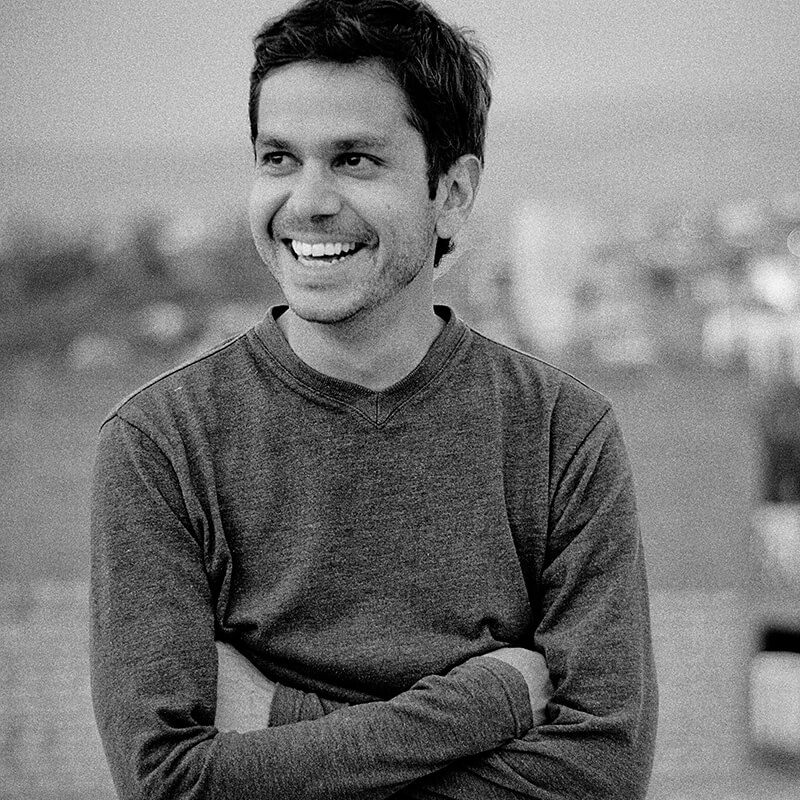 Juan Esteban Yepes is a film producer with experience in business management and project entrepreneurship. His production experience has focused on documentary filmmaking and short films with a social impact angle having produced work in Cambodia, Thailand, Dominican Republic, Haiti, Colombia, Peru, and several locations in US. 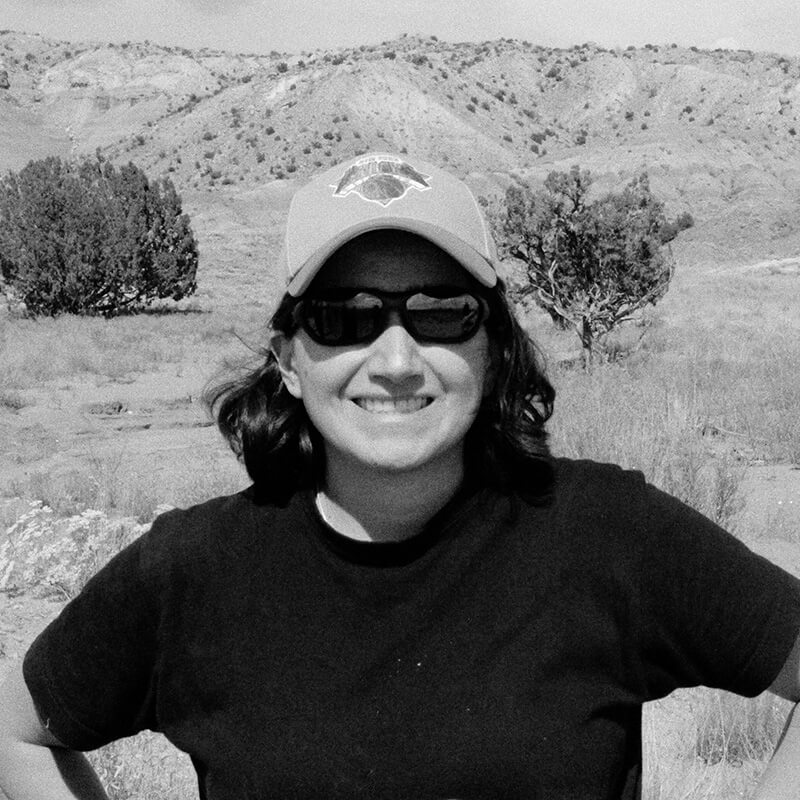 Adriana Pacheco is an Editor with 16 years of experience. Her passion for storytelling has taken her to a wide array of subjects and forms, including long and short form documentaries, fiction feature films and television. She has collaborated with award winning directors such like Ethan Hawke, Poull Brian and John Hoffman. Her work has been shown at multiple festivals including Cannes, Toronto, SXSW, Venice, Hot Docs, Berlin and Telluride. She enjoys working with visual mediums and regards film and television as important outlets to reach people and address issues relevant to today’s world.

She was born in Bogotá, Colombia and has lived in the New York City area for over 20 years. 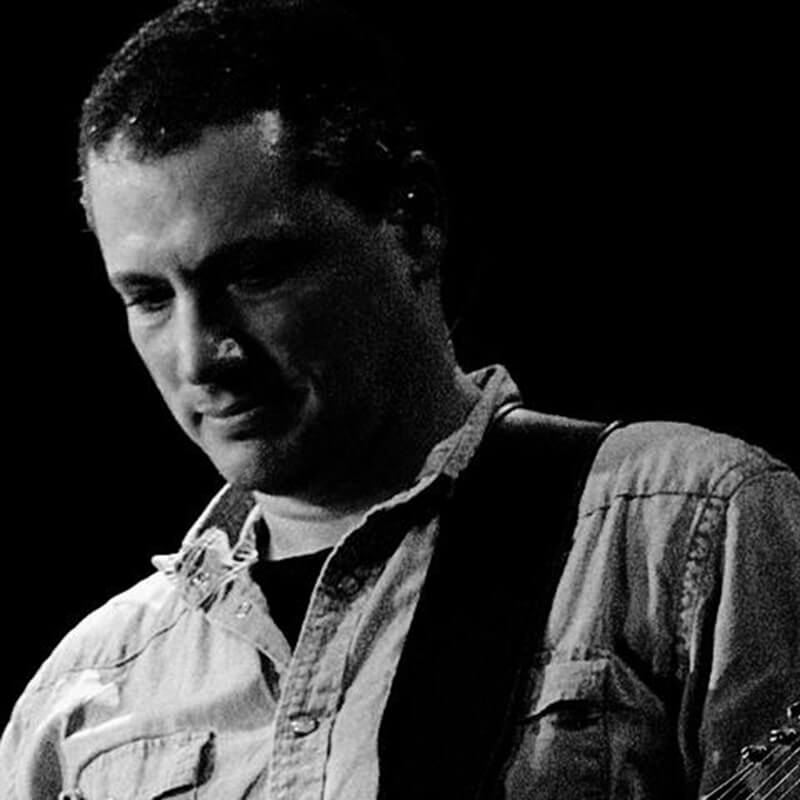 Daniel is a multiple Grammy nominated and Grammy winning guitarist for They Might Be Giants. He and TMBG push the boundaries of pop music and bring their unique music to audiences everywhere. In addition to releasing albums and touring the world the band constantly explores creative challenges beyond the traditional. Dial-A-Song, re-imaged for 2015, presented the challenge of releasing a new song every week on The Gist Podcast. Keep up with the band at TMBG.com

As a composer Daniel brings his strong sense of melody and dynamics to every project. Working closely with directors and producers he has created a body of work that is distinctive and character driven. Dan has received critical and commercial success for his scoring and production work that can be heard in Gracepoint (FOX) with Marty Beller, The Carrier (Maggie Betts, director), The Perfect Victim (PBS) and television shows for The Discovery Chanel, TLC, A&E, FOX Network and the Disney Channel, among others.

He is also a founder of Volume Music and Sound with David Della Santa. Volume is a NY/SF based music house, featuring a roster of exceptionally talented composers and musicians that provide music for agencies and production houses around the globe. 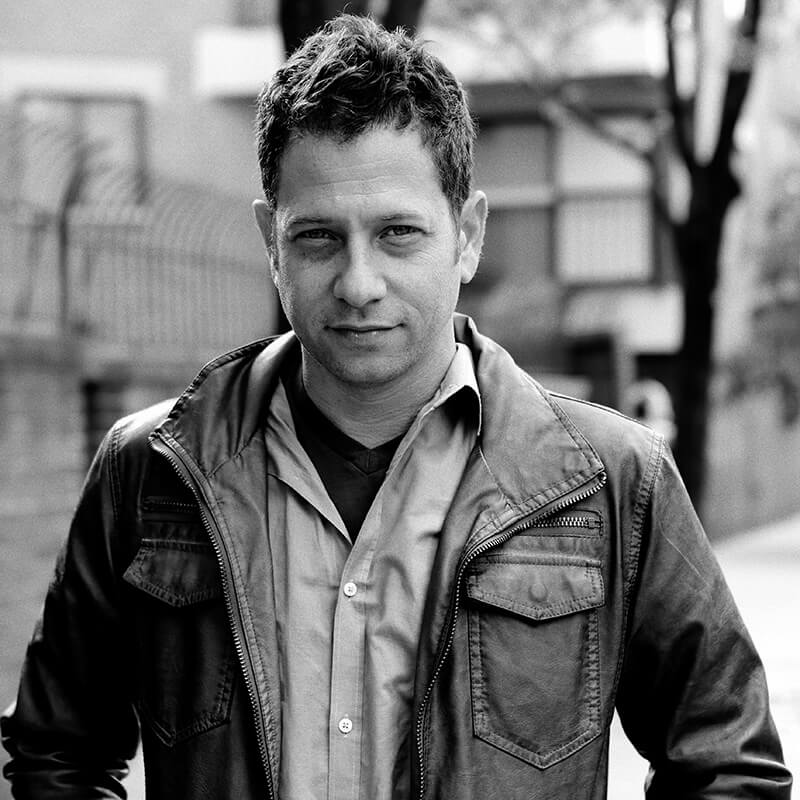